Pravesh Kumar MBE is the Artistic Director and Chief Executive of award winning Rifco Theatre Company. He started the company in 2000 to make a different kind of theatre for a community that could not see themselves represented on English stages. He has been at the forefront of bringing new British South Asian audiences into theatres in their thousands, often for the first time by making entertaining and accessible theatre.

Pravesh has a background in film and worked in the commercial Indian film industry often called Bollywood for many years. His theatrical directorial debut was in 2000 with a UK tour of Bollywood - Yet Another Love Story. He has gone on to achieve critical acclaim for Rifco’s productions.

His short film, Gods on Mountains was nominated for the Satyajit Ray Short Film Award. Pravesh is currently writing an ambitious new main stage musical and his debut feature film Little English, based on a Rifco play, premiered at London Indian Film Festival at BFI Southbank to sold out screenings.

Pravesh leads on the Rifco Associates programme finding new British South Asian voices of the future. Pravesh was awarded an MBE for services in theatre in the New Year Honours List 2022. Ameet has been a professional actor in the UK for over 27 years with credits that range from appearing on stage for the Royal National Theatre to playing a principal character in the BBC’s flagship soap opera Eastenders for over 2 years. Some film credits include feature films Bend it Like Beckham, Run Fatboy Run and the Black Prince.

In 2009 he trained as a Director / Film Maker at The New York Film Academy (Los Angeles Campus). He has worked extensively with Rifco Theatre Company as a trainee director through their Rifco Associates programme, curating the British Asian Festival in 2016 and as a Director and Assistant Director on new works including Pyar Actually, Laila and Back in the Daytimers. Ameet has recently been appointed Associate Director to the company, a new role which will steer the Associates programme and lead the digital arm of the company’s work.

Ameet can currently be seen in Life of Pi in the West End. 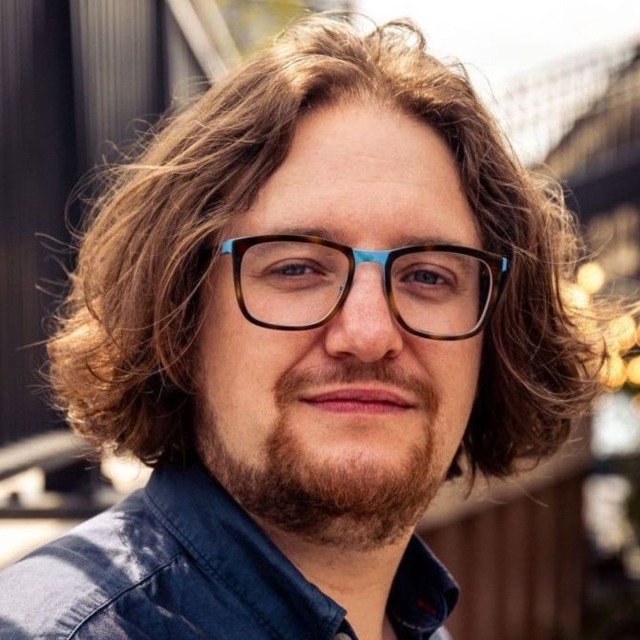 George worked as a script developer for Scottish Screen, Summit Entertainment (now Lionsgate), Nutopia, and Sky Drama, before literally running away to join the circus and producing for worldwide sensation Gandini Juggling from 2015-2018. His subsequent career has included work with puppet musical makers Monstro Theatre, new writing specialists Metal Rabbit, and sonic theatre company ERRATICA, for whom he also produces the podcast Soundwolds. He has toured productions across the USA, Europe, Australia, and Asia and  holds a diploma in script development from the National Film and TV School. Sahil has worked in and around the creative arts for over 15 years and has worked as a freelance artist for Rifco over the last couple of years. His work has included music production, videography and photography with a focus on editing, digital design and digital production. He brings his experience to the team as Digital Producer to help create new content and increase Rifco's digital presence. 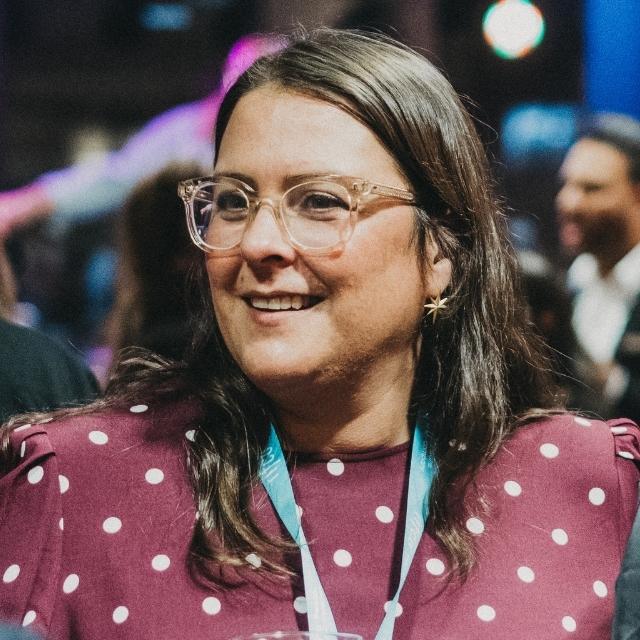 Vic Shead is a freelance marketer with over 15 years experience in many aspects of touring, venue and festival marketing. As a campaign manager and content specialist, she's delivered communications for podcasts, live streams and digital theatre, including two commissions by The Space.

Vic loves working with fearless companies such as DV8 Physical Theatre, RashDash and Paines Plough, and of course, Rifco. She's also worked with some of the UK’s most renowned venues including the National Theatre, Southbank Centre, Barbican, the Almeida and the Royal Albert Hall. Cross stitcher. Gig goer. Sea swimmer. 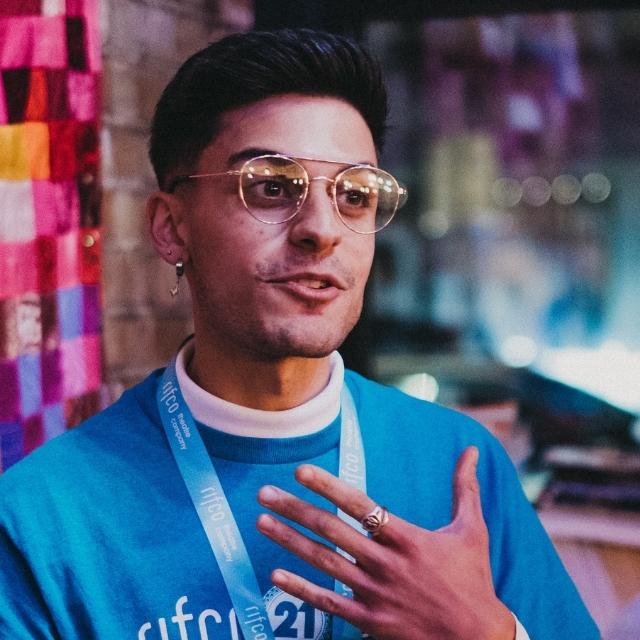 Hari has been involved in theatre for over 10 years, both behind the scenes and onstage. With Apollo Theatre Arts he worked as the company’s social media manager and content creator, and previously was School Services Coordinator for Roedean School.

As an actor, Hari has performed at the National Theatre, The Royal Central School of Speech and Drama and the Brighton Fringe.